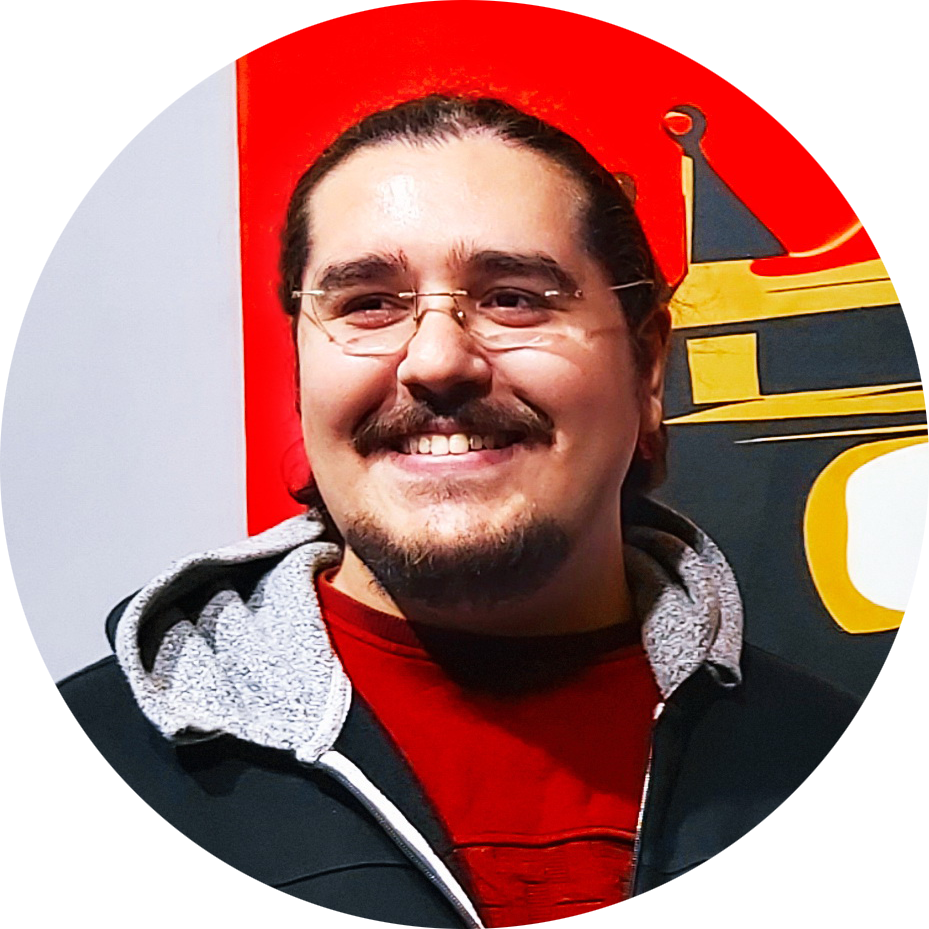 Born in an artistic family in Tehran/Iran in 1992, Sam developed a strong passion for Fine Arts from an early age. Hardships of pursuing art and music in Iran and his quest for the up-to-date knowledge led him to reach out to the world beyond the borders of his country, communicating with artists from other nationalities and taking part in several international contests. In 2006, he decided to found his own home studio under the label of Sam Pictures Productions and started working as a freelance artist. In 2009, he connected to the Dutch singer/songwriter Linde Nijland through the internet which led to the making of his first official animated music video for one of Linde’s songs “Traveller”. Traveller has been screened in various international film festivals around the globe and succeeded to win prestigious awards including the Royal Reel Awards from Canada International Film Festival in 2013. In early 2014, Sam collaborated as a puppeteer with “The City of Mice 2” project, the sequel to a very nostalgic puppetry feature film directed by Iranian director, Marziyeh Boroumand. In 2015 Sam was a member of the “Online Pre-screening Committee” at the “Sprockets International Music Video Festival” (Georgia, Athens, USA).

In 2016 Sam made the video “The Cops Don’t Know” for renowned British actor/singer and BAFTA Life time achievement winner, Sir Lenny Henry, produced by the legendary British producer, Chris Porter. The video has been present in various international film festivals and has won awards including the FERA-LUCERO Award from UNAOC Plural+ Youth Video Festival in 2016. Sir Lenny Henry praised Chegini in an interview with Classic Rock Magazine saying: “The video has a labour of love style. Sam Chegini is clearly gifted.”

In 2019 Sam directed a video for the renowned Iranian singer, Alireza Ghorbani for his song “Go Absent”.

In 2020, he made two videos for King Crimson’s frontman, renowned musician and singer, Jakko M Jakszyk to promote his solo album “Secrets and Lies” released by InsideOut Music. A frame of the video “The Trouble with Angels” was later used as the original artwork of the album. The other video produced for the album is “Uncertain Times” starring the renowned British actor/comedian Al Murray.

In 2021 Sam made the official music video for “Aqualung” by “Jethro Tull” following a recommendation by Jakko M Jakszyk to the band’s frontman, Ian Anderson MBE. The video was premiered on ‘Rolling Stone’ on April 1st, 2021 on the occasion of Aqlualung’s 50th Anniversary. Anderson praised Chegini in his statement to Rolling Stone saying: “He delivered a unique rendition of the ‘Aqualung’ song with abstract and documentary-type footage. A talented young man with a bright future in the music arts.”

In May 2021, the legendary prog band Gentle Giant announced the release of a new edition of one of their most celebrated albums “Free Hand” remixed by Steven Wilson with a video of the title track directed and animated by Sam. The visual album was released on June 25th, 2021.

On October 15, 2021, same time with his birthday, Chris de Burgh released the single “Legacy” from his 27th Studio album, “The Legend of Robin Hood” accompanying a music video directed by Sam Chegini.

In November 2021, Sam collaborated with Jethro Tull for the second time, directing a new music video for the band’s latest album of new materials in over 18 years. “Sad City Sisters” was released via InsideOut Music on December 8, 2021.

Sam is also an alumni of Intercultural Leaders at UNAOC.

Sam founded the studio at the age of 14. When he made his very first music video for his friend, German singer/songwriter Monika Maid which was later presented to Chris de Burgh, their mutual favorite artist.

Started working in the team of the main Puppeteers at the City of Mice 2 feature movie, directed by Marzieh Boroumand, produced by Manijeh Hekmat and Ali Sartipi.

Sam was selected as the pre-screening committee member for the festival, his job was watching the submitted music videos and rating them in each category.

Director, Made in Soho Music

Festival was held in Qazvin, Iran with same time screening in Sydney, Australia with more than 20 shorts present from 19 countries